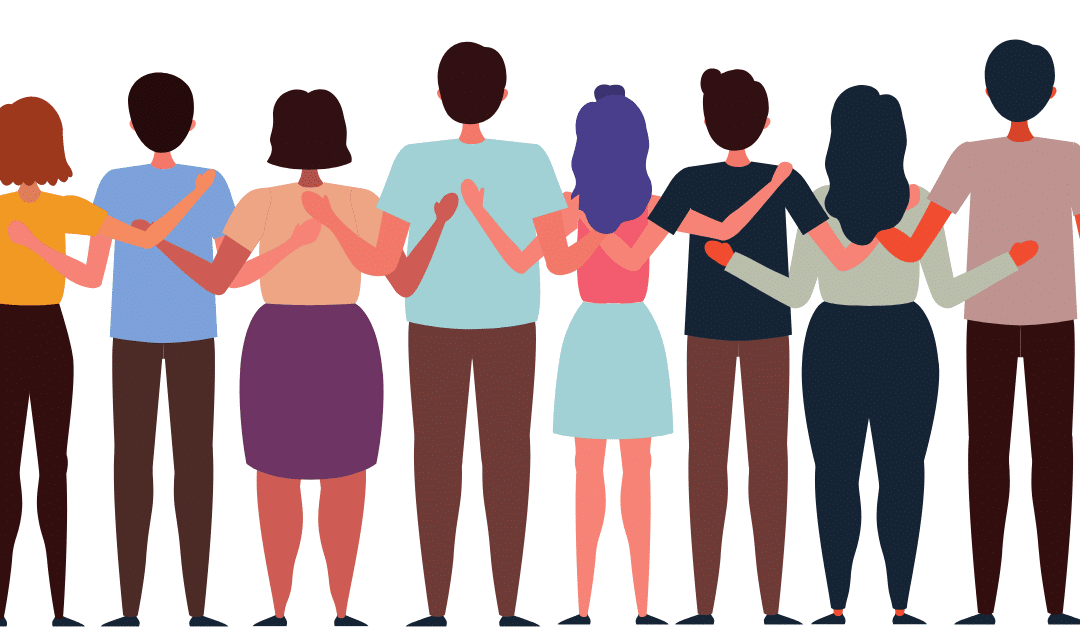 Last week was International Women’s Day (IWD).  The annual day brought its usual celebrations and debate, but I was surprised to see not many brands really read the room this year.

In the wash-up of posts and events, it’s fair to say some brands made an impact, but not all necessarily for the right reasons. (The Gender Pay Gap Bot making international headlines was pure genius!  It called out hypocrisy in the most data-focused and evidenced way possible, and pushed for real accountability).

For me, I felt there were good intentions a-plenty and many wonderful celebrations of women’s achievements, but so many brands fell short of the greater opportunity.

However, too many brands wasted the opportunity to contribute to the conversation in a truly constructive way. To talk about the stuff that really matters: real, meaningful (and ongoing) actions to tackle gender inequity on the inside of their organisations.

Instead of tokenistic gestures and empty platitudes on one day of the year, where were the detailed actions and plans from organisations to achieve things such as pay parity on the inside?

Or at least pledges on specific actions to make positive change?

Of course, the celebration of women’s achievements and heartwarming sisterhood on display are always inspiring.  We can’t have too much of this and we need it on more than one day of the year!

However, it was equally uninspiring to see so many posts of women celebrating in their workplace at a morning tea gathering.  Why weren’t men celebrating and supporting alongside? Standing together against the same issues and demanding action? Shouldn’t this be a shared celebration of women, and gender inequity a shared problem?

Intentional or not, this alone was a missed opportunity and indicative of a tokenistic approach to the issues the day aims to highlight.  It also showed a lack of awareness about the impact this could have on an organisation’s brand and employer brand.  If an organisation didn’t have positive things to report on or pledge about gender equity in their organisations, then at least have the men join you in celebration of women’s achievements.

Women can’t break the bias of workplaces without men working with us. In order for us to make any lasting change, we need everyone to be actively on board. It needs to be owned across the whole organisation for there to be accountability and real, ongoing change.

Creatives hold up a mirror

Globally, we saw some awe-inspiring creative campaigns to really make us think.  The Drum’s write-up of the best IWD campaigns brings together an interesting list.

In particular, I was struck by CPB London’s fantastic work on a series of posters that invite the public to “imagine” a person holding a specific job title, such as CEO, doctor and nurse.  This follows their collaboration with research agency Perspectus Global where they tested how children are affected by unconscious gender bias. (Spoiler alert, unconscious gender bias still exists!)

The creative world has long held up a mirror to society’s flaws and prejudices with thought-provoking work that sparks conversations and often prompts positive change.  If only more brands were compelled to take this confident stance and contribute to serious conversations about the issues.

I’m sad to admit that ‘authenticity’ is a word that’s bandied about all too often these days, co-opted by too many influencers and, most likely, triggering a gag reflex for many due to its chronic overuse. But I do love this word for summing up what makes a successful brand.

If the claims your brand makes about who you are and what you do don’t ring true in your behaviours and actions – inside and out – your brand simply won’t be trusted. Without trust, achieving brand loyalty will be nigh on impossible.

In a global pandemic world where (mis)information is shared, debated and quickly debunked online in barely moderated social media platforms, our BS barometers are climbing higher than ever before.  People are sick of the superficial BS and want brands to be real.

This year’s International Women’s Day was a great opportunity for brands to do just that.  To be transparent and willing to have the tough conversations. To take accountability and talk about the real changes they have underway in their own organisation to fix gender inequity.

In Australia, gender inequity and the treatment of women have (finally) gained attention of late as serious issues that need urgent addressing.  And addressing is needed from all angles, from changes in policy, workplace and criminal legislation, and investment in support mechanisms, to education everywhere (schools, workplaces) on respect and consent.

For a detailed view on what real actions can be taken to end the injustice and inequity for women in Australia, please look at the Safety. Respect. Equity campaign.

On a side note (and one that has no doubt frustrated many), why is our federal government described as having a ‘women problem’? The lack of women in the party, the lack of empathy for gender inequity and what women face, as well as their consistent (and mind-numbing) inability to read the room on these issues, is quite obviously a men’s issue.  While I suspect this phrase is often being used facetiously, it certainly grates!

Like many celebratory ‘days’ and bandwagons, IWD presents a risk of brand failure for any brand that only pays lip service to the issues.  Especially those living with contrary policies and behaviours underneath.

When a brand steps outside of its brand strategy (such as its values, positioning, personality and tone of voice) it risks brand confusion, indifference or even backlash. This is presuming we’re talking about a brand with a strategy that has been built on evidence and real actions in the first place (a topic for another day).

People want brands to be socially responsible and to contribute to positive societal change.  But – and here’s the caveat – it needs to be communicated well.  Boast posts on these issues should be communicated sensitively and at the right opportunity to avoid perceptions of unnecessary ‘virtue-signalling’.  Getting the balance right is crucial for authenticity.

Aside from external brand perceptions, how damaging do you think it is when people see their company communications and feel the real experience is the exact opposite?  Staff seeing positive company posts talking about women and how much they’re valued in their organisation, only for them to have a completely different experience on the inside? The negative impact on the employer brand could be significant.

Last week, I saw few organisations in my news feed talking about their actions, such as flexible working and parental leave policies, and regular pay reviews to bump up salaries for pay parity.  It was disappointing not to see more brands demonstrate substance on these issues.

I would’ve loved to have seen a lot more transparency and honest talk from organisations: where they’ve come from, where they’re going, and their commitments through specific actions.

Or even boasts about the great things they already have in place to ensure gender equity.  If it’s true and demonstrable for your people on the inside, then what a great way (and perfect timing) to showcase your values, build credibility and support talent acquisition as an employer of choice.

The benefits of ownership and transparency on these issues – even about the not-so-great things you’re pledging to change with real actions – are many.  An organisation can enhance its brand inside and out: it demonstrates its values, moral compass and brand personality.   When your actions match your brand communications, you build brand trust and loyalty.

Instead of leaving this kind of content to marketing teams and their content calendars, these annual, international days of celebration and recognition of serious issues need to be elevated and owned by the very top.  International Women’s Day is something that should be on the radar of CEOs, executive teams and People & Culture teams as well as the brand custodians in the organisation.  This content is just as important for the employer brand as it is for the overarching brand.

This year, we can probably assume that many brands didn’t have a lot of positive things to report on, instead choosing to focus on highlighting women in their workplace –  a very worthy activity on any day. But those doing so while simultaneously paying them less or providing fewer opportunities than their male counterparts may only have achieved brand damage. I just hope there were more constructive consultations, communications and commitments being made and shared internally with workforces.

Hopefully, after some of the conversations this year, brands are starting to realise that women aren’t just to be celebrated and supported once a year.  The challenge of achieving gender equity is not going away any time soon and there’s an expectation that organisations will play a vocal and active role in making this happen.

What did you think of International Women’s Day 2022 – do you think brands largely succeeded or failed to make the most of it?

Are there any you feel did a good job at tackling the hard stuff?